They want to laugh, dance and play!

The Nhaka Foundation is a Zimbabwe-based non-governmental organization which has developed and implemented a series of interventions designed to bridge the gap between the government’s capabilities and policies mandating the requirement for early childhood development (ECD) programming in primary schools and its ability to fully realize the implementation of such programs.


Nhaka Foundation has created among its programs one which seeks to promote children’s play. As a part of the classroom and outdoor playground renovations program Nhaka works with the families and members of the community to plan and build, expand or repair the playgrounds and equipment using readily available and safe materials. Once restored to a like-new condition, the Centers are officially incorporated into the primary school system and sustained by the community through elected Pre-School Management Committees. This contract requirement thus ensures that the children will continue to have clean and safe spaces in which to work and play.

Learning through play
Nhaka Foundation holds community appreciative inquiry meetings that help shape its programming. When parents and guardians are asked, “What are the things that kids want to do?” the team almost always gets the same answer, irrespective of the community they are visiting. Children want to “laugh, dance and play.”  Play is the means through which children learn and develop socially, physically, cognitively and emotionally. During play, be it solitary play or in a group, children learn a variety of skills including the development of positive attitudes and the ability to draw relationships between objects and concepts. When children play, they learn to form ideas about their environment and expand language abilities through social interactions with their own age groups. In turn, they develop values and qualities that help them to establish relationships with family members and people outside their family.

Mrs Madzinga, head teacher of one of the schools that fall under the Nhaka program areas recognises that many parents have different beliefs about the relationship between play activities and learning. While parents view learning from the lens of structured play activities, as a teacher she encourages the parents to identify non structured activities as having equal- if not more value -because when children are allowed to be themselves they get in touch with their inner beings. All types of play contribute to healthy physical growth and the overall development of a child.

While the Zimbabwean ECD syllabus is based on sound, proven early childhood pedagogy and practice principles, its proper implementation is subject to a number of things such as availability of resources including ECD trained teachers, classroom blocks, and outdoor and indoor play equipment. Despite the shortage of these resources, a challenge faced  most rural schools in Zimbabwe, teachers such as Mrs Madzinga have learned to improvise in her class. For example she encourages her pupils to engage in play activities such as the local entertainment called “mahumbwe” (role playing), a game where kids can pretend to be anyone. When her pupils are role playing about what happens in a hospital one child can be a nurse, another a doctor and yet another, a patient. This type of play promotes creative imagination in children. Social dramatic play can develop the child’s creativeness and language skills simultaneously.

Role of parents in play
Through its parenting program the Nhaka Foundation promotes the involvement of guardians and caregivers in the lives of young children, something not too common in these areas. Parental involvement is not just limited to the role the caregivers have at home, but also relates to activities that happen at the early childhood development centres. Parents are encouraged to supply empty food cartons for play activities, as well as any old equipment that can be used by the kids in various play activities.  A child-centred approach to early childhood development recognises that children’s rights and needs are the primary focus for development and parents have to be involved every step of the way.
Conclusion
Play is in an integral part of learning for young children. Albert Einstein once said ‘play is the highest form of research. Early childhood development programs should provide as much  growing space as possible for children; a space that allows them to just be themselves as they laugh, dance and play!.


Posted by Nhaka Foundation at 8:26 PM No comments: 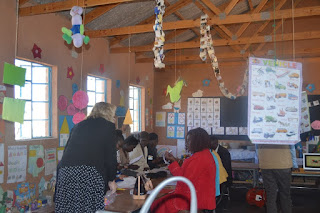 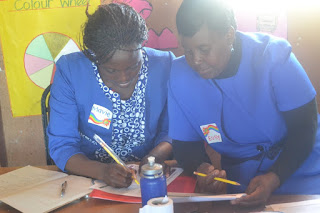 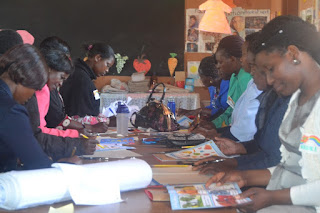 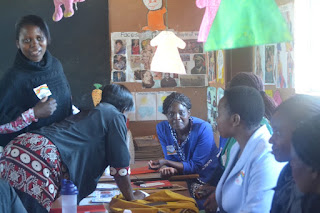 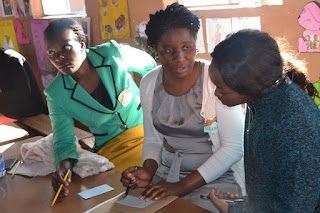 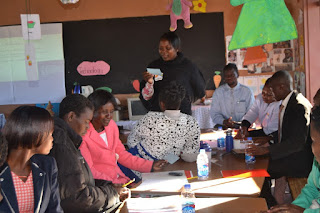 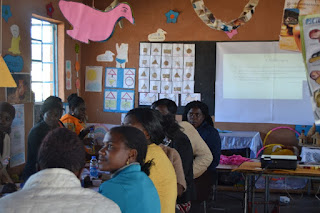 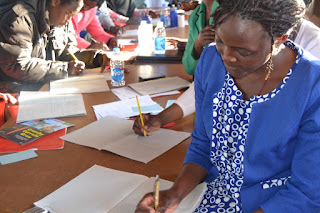 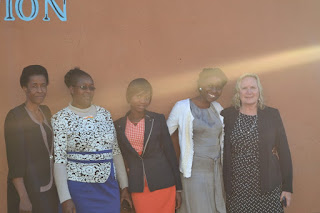 Posted by Nhaka Foundation at 8:02 PM No comments:

Back to Main Site